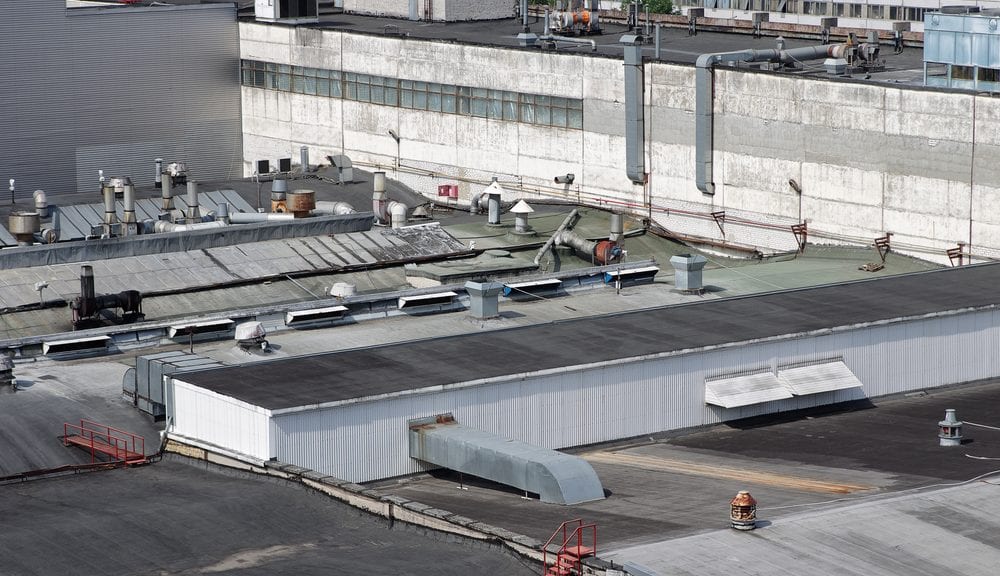 Commercial roofs can come in a variety of shapes, colors, and materials. The roof you decide on has to be one that not only matches your budgetary needs, but the needs of your commercial building as well. While many of the most common roofing systems are single-ply, not all of them can weather the same conditions—from foot traffic to the chemicals vented through the roof. Understanding the nature of your commercial building and its effect on the roof will help you determine which one to go with.

Is it possible to have the “wrong” kind of commercial roof?

Yes, absolutely. The number one thing to consider in your choice of roof are the chemicals and foot traffic your building experiences. Questions to ask yourself should include:

Single-ply roofs like EPDM and TPO are only a single layer of roofing glued down in one sheet. That means they’re more prone to rips and tears where heavy foot traffic is going to be a concern.

The three most common roofing systems in our area

For Heidler, the three most common roofing systems we deal with are:

So what do each of these commercial roofing materials offer?

Known for their low price point, rubber roofs are single-ply systems most common on flattop commercial buildings. While their seams aren’t as strong as those seen in PVC systems, they can be sufficient for many different types of buildings, depending on the sector. These roof systems degrade quickly under conditions that expose them to oils or other harsh chemicals, so when possible, avoid rubber roofs for restaurants and certain manufacturing businesses.

PVC is another popular choice for many commercial buildings thanks to their durability (300 pounds per inch breaking point, 100 higher than the industry-recommended 200 PPI). Because PVC roof seams are heat-welded, they offer a watertight bond and the resulting seam is actually much stronger than the material itself.

PVC roofs are great for commercial buildings that may produce oils or chemicals, such as restaurants or chemical manufacturers. For these kinds of commercial buildings, ventilation and exhaust systems will be common, and you’ll need a roof capable of withstanding exposure to the oils, chemicals, and vapors they release. Unlike EPDM and TPO roofs, PVC roofs won’t degrade under these conditions.

Roofs utilizing PVC tend to cost more than either TPO or EPDM but are good systems for their designated purpose.

While asphalt roofs are considered the cream of the crop with their multiple-layer system, adhered with hot asphalt, they’re becoming more and more rare. The problem with built-up roofs is that they’re not only costly but they can be difficult to install, and some roofing companies will shy away from projects that call for an asphalt roof because they don’t know how to install them.

Heidler Roofing knows that some commercial buildings would be better off with this kind of roofing system, and if it’s in your budget and an absolute necessity for the kind of business or manufacturing you do, we may be able to help you.

What determines the type of roofing system a commercial building might be designed with?

Sometimes it’s the price that determines the system you go with but we don’t advise making that the deciding factor. Of course, you don’t want to blow your budget on a roof you can’t afford, but with roofing systems, you get what you pay for. You could opt for a very well done EPDM roof but if your commercial building houses a restaurant or roof units require servicing, it won’t hold up in the long run, and you’ll likely spend more money on repairs than you expected to.

Keep in mind what kind of manufacturing you do when deciding on a roofing system. If you need help choosing the right one for your commercial building, contact Heidler Roofing today. We can help you choose a roof, walk you through how to maintain it, and take care of installation for you.